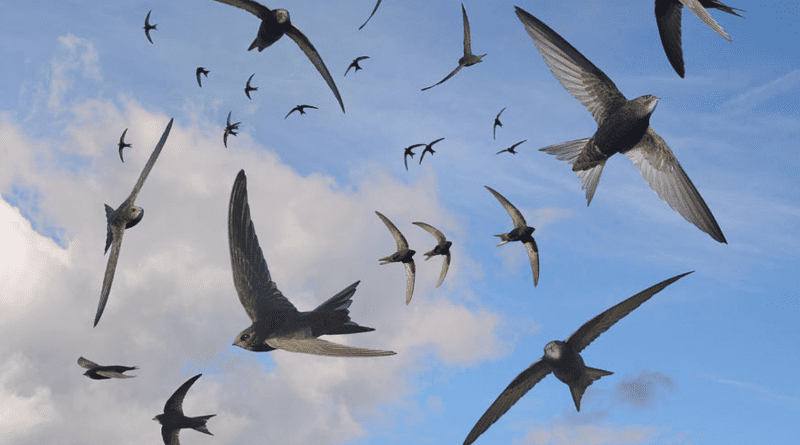 Swifts have now been returning (migrating) to Britain from South Africa where they spent the winter.

These small birds will have flown 7000 miles flying sometimes at 9000 feet. Some will have returned to their nest sites of last year which are usually in roof spaces, but others will have found it hard to find a place to nest because their nest sites have been blocked up to insulate houses.

Swift numbers have declined quite substantially because of the loss of habitat. In Great Waldingfield we have nest boxes, made by Frank Marsden, which we have placed in the belfry of the Church. This is to encourage swifts.

To locate these nest boxes, we have installed an amplifier with a loud speaker and a recording of the Swift’s call. The Swift’s call is called “SCREAMING”. It’s great to see them flying high over towns and villages as it appears that they are playing a game of “Chase Me” or “tag”.

If you would like to hear the recording of the Swifts call coming from the Church Belfry amplifier it is played from 6am to 9am and late afternoon, evening from 6pm until 9pm.

These incredible birds never touch the ground, they are continually flying all day-feeding and even sleeping on the wing. The only time they are not flying is when they are breeding. They live on small insects which they find while whilst flying, eating about 10,000 insects each day.

They usually lay about 2 to 3 eggs and both parent birds help with the feeding. The young birds stay in the nest for between 37-56 days (depending on the weather conditions). Swifts migrate earlier than most species, returning to South Africa late July early August.

To identify Swifts on the wing they appear as a scimitar shape, their plumage is a dark brown, which appears black when observing them and of course the iconic sound of their screams helps to identify them. 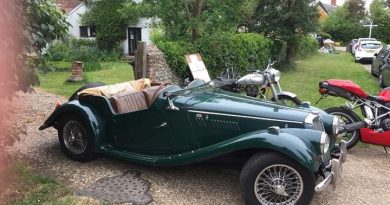 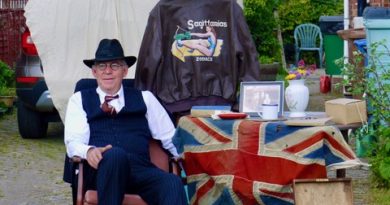 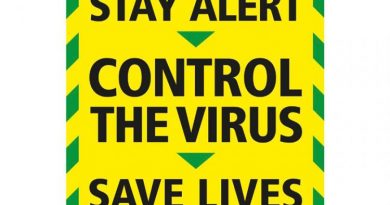 A vacancy has arisen for the role of Parish Councillor

We use cookies to ensure that we give you the best experience on our website. If you continue to use this site we will assume that you are happy with it.Ok