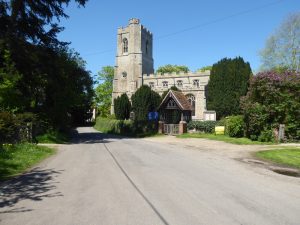 The Grade 1 listed church is dedicated to St. Lawrence and dates back to the 14th century, though there was a church on the site for some time before that – since before the Norman conquest in fact. The greatest change probably happened in 1869 after the then rector (W.D. Bailey) visited the Holy Land. In the chancel there is a mosaic of marble fragments from Rome and granite from the Holy Land. The cross is made from alabaster which came from a temple near the Sphinx.

The Church has an active team of nine volunteer flower arrangers who, on a two-weekly rota throughout the year, provide an arrangement at the pulpit. They also join forces to fill the whole church with celebration flowers at Easter and Christmas as well as arranging a Summer Flower Festival every two years. Sadly the 2020 festival ‘Nursery Rhymes’ has had to be postponed, but we are hopeful it will take place next year and will be something to look forward to in 2021.

Flower arrangers must always give consideration to all the congregation’s view of the arrangement, and not least of all the Vicar’s view from behind and beside it! This 75th year Remembrance arrangement was created with greenery from village’s Old School Community Woodland, the churchyard and villager’s gardens: Broom; Laurel; Sarcococca; Ivy; Skimmia; Fatsia Japonica; Choisya. The flowers of real red roses and rose hips supplementing the British Legion poppies. The design was broadly based on and inspired by, the ‘Blood Swept Lands and Seas of Red’ at the Tower of London in 2014. 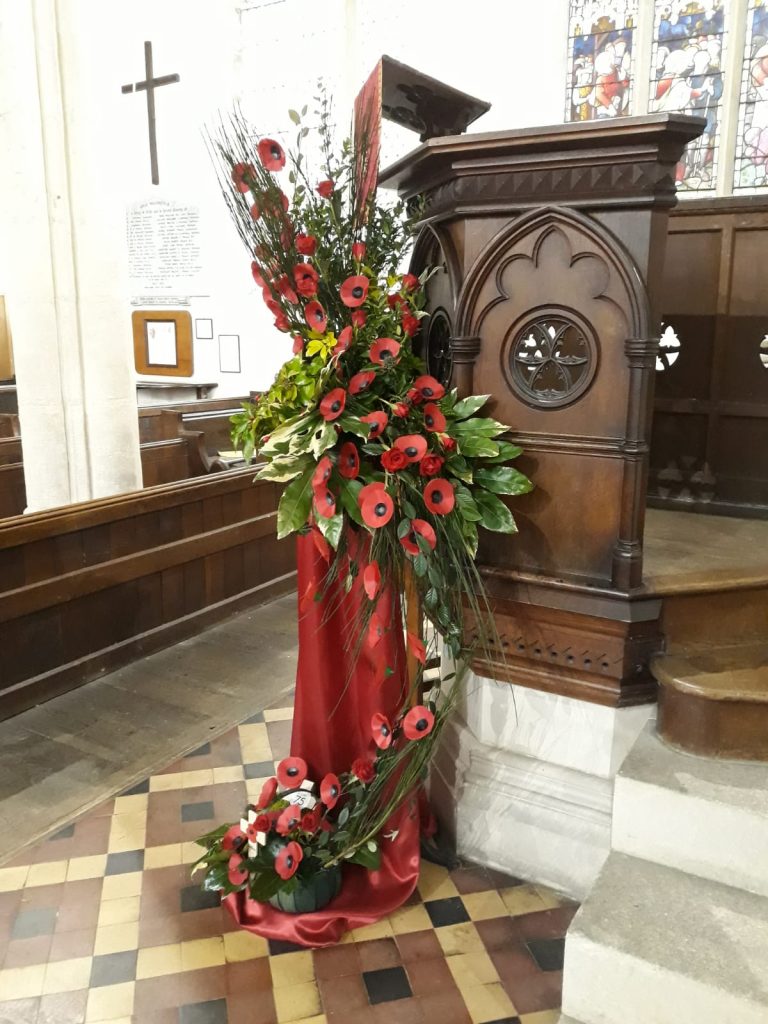 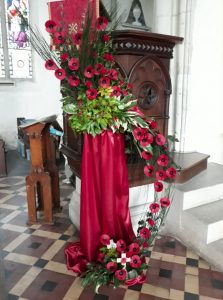