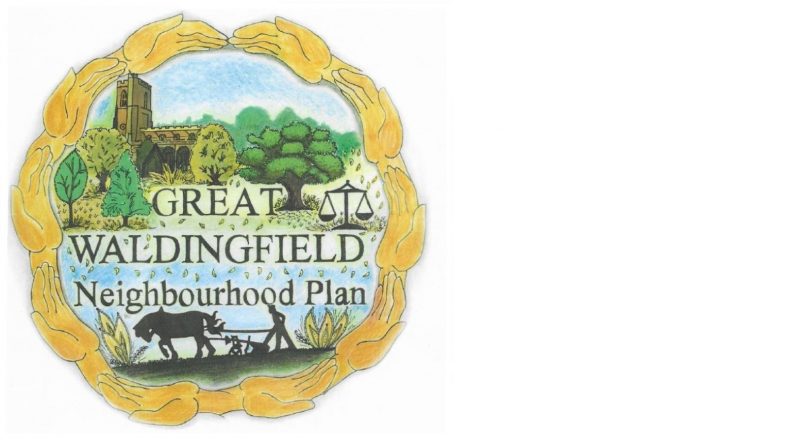 At the Annual Parish Meeting on Monday 15th March, I was asked to give a presentation about what we had been doing on the Neighbourhood Plan over the last year. It was a real eye-opener to see just how much had been achieved.  Please see the notes below for more details and click on the link at the bottom to see the slides.

Huge thanks go to the current members of the Steering Group:

From the beginning, the most important thing has been to find out residents’ views and during previous conversations around the village and with village groups as well as on-line questionnaires, it was clear that there were six key areas that residents were concerned about:

So  in January – we set off with great enthusiasm to organise 6 Focus Groups and invited supporters who had signed up previously to come along. At each Focus Group we discussed a number of questions such as what new facilities would you like to see in the village or what worries you about traffic in the village? And we noted every single response!

Sadly then Coronavirus hit and put a stop to the final Focus Group as well as to a village drop-in on Saturday 28th March where everyone would have had the chance to add their responses to the questions. But that was a no-go. We had leaflets printed and everything!

We had to decide how to keep going and started by inputting all the focus group responses onto a huge spreadsheet – done by Lucy Percival, one of our residents. This is just small section of the whole sheet, colour co-ordinated so that we know whether the information came from the Focus Group or other groups in the village. Next, we worked our way through every single response to decide how it was to be used in the Survey.  At this point we weren’t quite sure even whether a survey was going to be possible (but as you all know, it was!).

By May we had a new consultant in place and had come up with a safe way to get the Survey delivered – 2 per household inside a plastic bag and placed on the doorstep – to be filled out and replaced there. Left three days as necessary before being picked up. So now we could get onto the next stage.

June was all about getting the Survey questions formed, trialling them with a small group of volunteers and then designing the format of the survey with photos to make it interesting enough for people to want to fill it in. Huge thanks to Ali Butcher who spent hours on Word to do this.

July found us ready with a printed survey to deliver and a band of 25 gallant residents,  our Street Champions,  willing to deliver to all 750 houses in the village. We had a banner on the green, and introductory leaflet delivered to every house in the village and a countdown on Facebook to the 22nd July – D-day.

In August once we had collected all the stragglers in, we had received 738 individual responses – an amazing result – 65% return rate whereas the usual expected rate is around 30%.

We also had some wonderful pictures that some of the children sent in telling us what they love about Waldingfield.

You would have thought that it was all over bar the shouting at this point, but no. In order to get some usable statistics, every single question had to be put into the online version of the survey. Each survey taking an average of 6 minutes to do – that’s a total of approximately 80 hours of work. Yet again, we were overwhelmed by the response we got 14 intrepid people who took this on.

Sadly we have struggled to get this information out to the village when our second attempt at a village drop-in on Saturday 14th November was foiled again by the second Lockdown. We are now hoping to do this later this year as soon as we can.

The end of last year was spent bringing together all the information we have been gathering over the last 4 years (yes, that’s how long we’ve been working on this NP!) We have looked at every single Survey question together with all the comments and have sorted them ready to form the guidance to go into the Neighbourhood Plan.

There were two large pieces of evidence that were missing – a Landscape Appraisal and a Design Guide for the village. We felt these were so important because you all told us that the rural nature of our Village is so important to you as is the design of any new houses in the village. Many complaints about the current designs have recently been coming our way.

Both of these are on the way and will be available to the village as soon as we can get together again.

We are on the final home straight!   We are looking at the policies that are in other completed NPs to see what wording we would like and pulling together all our evidence for this ready for starting to write the draft of our plan.

At our supporters’ meeting in November 2019, just after I took over as Chair, I presented a slide show about the way ahead for the Neighbourhood Plan, finishing with a slide saying what would be happening in 2020.  I’m delighted to say that we have achieved everything on that slide – involvement with the village, 6 focus groups (nearly!) And a return rate for the survey of well over the 50% I had suggested then. We have also begun writing our guidelines and policies for the Plan. Quite an achievement with Covid in play as well.

I want to thank everyone who has enabled all this to happen, those on the Steering Group in times past as well as those who are working with me now, but also every one of our amazing supporters who gave their time to deliver and collect the surveys as well as delivering leaflets when we needed them to. And also to every single resident who took the time to fill out and return the survey – they will all make a difference.

And it’s already making a difference:

One of the questions we asked in the Survey was about new facilities and 70% of responses wanted more benches and we are getting them!  (see the home page – they have arrived!)

The Parish Council and the NP Steering group have come together and have organised not only the ordering of new benches for Green Acre but have also decided on three new sites around the village, one at the Valley Road end of Bantocks, one next to the footpath in the Street and one on the green area on the corner of Folly Road opposite the field.  We are delighted and give huge thanks to Roger Knight and Sue, our Parish Clerk, for working with us on this.

When the village comes together, great things can happen. 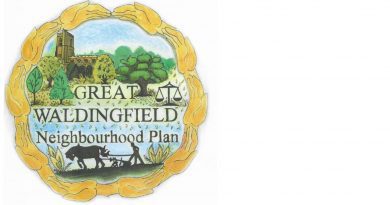